The Bassella Motorcycle Museum presents a new temporary exhibition titled "+ DERBI, from the streets to the racetracks", with a selection of 50 historical models, that can be visited until 31st March 2023.

In 1922, Simeó Rabasa Singla founded his first bicycle workshop and in 1950 he created his own motorbike (S.R.S). After two years, he named it as Derbi (Derivados de Bicicletas), a Brand that would end up by becoming one of the most popular and legendary Spanish motorcycle brands, with an incredible track record in competition and with countless iconic models.

To celebrate the 100th anniversary of its launching, the Bassella Motorcycle Museum wanted to pay a well-deserved tribute through the temporary exhibition "+ Derbi, from the streets to the racetracks", which includes a selection of fifty historical models, to begin with a curious 1922 Rabasa bicycle employed by the Barcelona fire brigade, up to the popular scooters of the late 90s.

Divided into two separate areas, series models and competition prototypes, it allows the visitor to review the evolution of the Brand, including the first 250 and 350 models, the mythical Antorcha or the best-seller Variant, as well as a representation of several off-road mopeds (Pirineos, Super Diablo, ...) and emblematic models such as the Derbi 2002 GP or the Sport Coppa.

Among the racing motorbikes, several unique examples stand out, such as the four-cylinder Derbi created to participate in the Montjuïc 24 Hours Enduranre Race, the 80cc GP with which Jorge Martínez "Aspar" took part in the 1989 World Championship or some of Toni Elias' motocross prototypes.

There are also included several trophies, advertising brochures or original catalogues of the time, as well as the overalls worn by several riders: Busquets, Aspar, Crivillé and Espargaró.

The official inauguration ceremony was held on November 10th and was attended by some hundred people closely linked one way or another to the Brand: riders, collectors, members of the Rabasa family, factory workers,...

Once the more formal ceremony finished, the party continued within a more relaxed atmosphere with various speeches and awards. The riders were undoubtedly the most cheered up ones. From the pioneers Pere Pi, Josep Mª Busquets and Salvador Cañellas, to Toni Elias and Álex Crivillé, amongst others, they shared their experiences, anecdotes and memories, and were very proud to be part of the great Derbi family.

The presentation of a commemorative plaque in memory of Andreu Rabasa (son of the founder of the Brand), who died last October, as well as the recognition of all collectors who have cooperated by lending their motorbikes for the display at the exhibition, were other highlights of this unforgettable day. 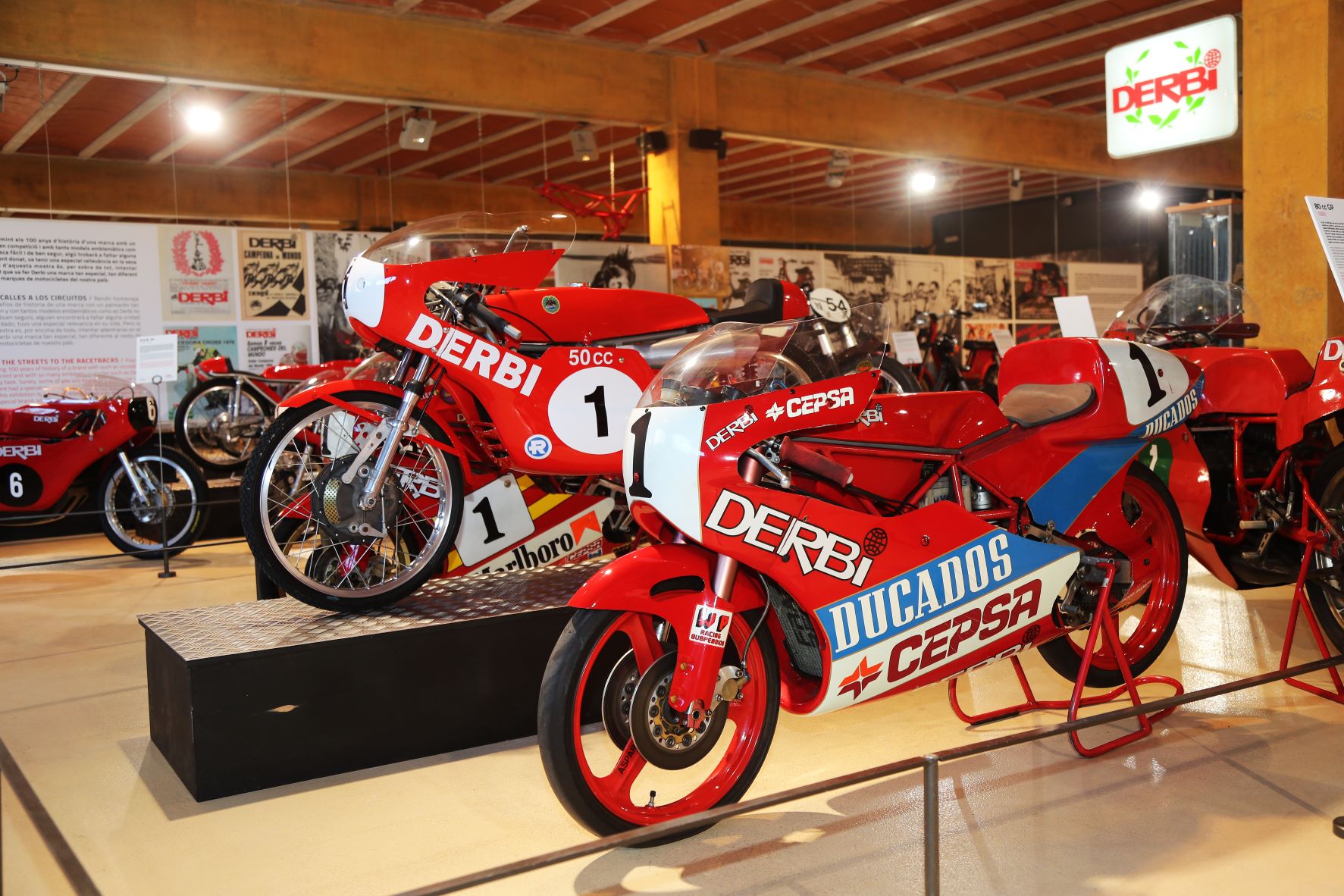